Violet Malice has been hedging her bets by rubbing her balls with sandpaper and/or sweetened saliva. You can easily get your hands on some of the sweet stuff by eating loads of meringue nests and then decanting your spit into an old milk bottle. Under Law 41 of the Laws of Cricket, the ball can be polished without the use of an artificial substance, or towel dried if wet. In the event that it gets covered in shit, the ball has to be cleaned under strict supervision. Throw some balls at Violet’s crease, she likes that. She’s tampered with a few leathery ones in her time. Anyway, let’s crack on. Time is money after all (or that’s what all the pinstriped pigs want us to believe). Violet’s weekly adult book review attempts to answer that interhuman question: can a good book ever be as blindingly dystopian as a good fuck? 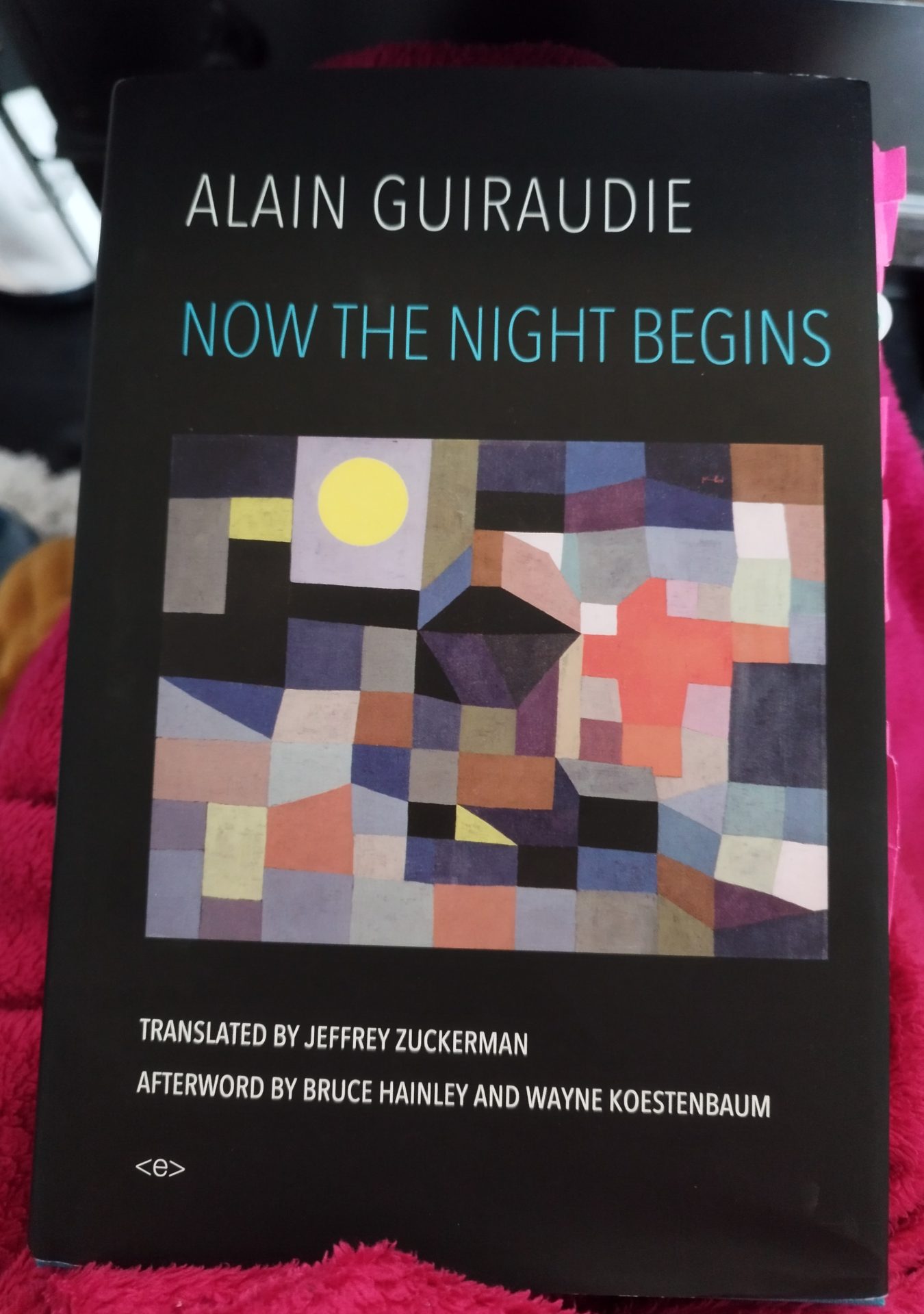 Title: A pretty boring title given the content of the book, which is hardcore to put it mildly. If it was mustard it would be eye-wateringly English. The blandness of the title is funny, like calling a perverse dystopian sex book Cupcakes and U-Bends or One Pretty Foggy Evening in June. I reckon Alain was having a laugh with the title. Gilles does end up going to visit Grampa at night because of the police presence and obviously ‘night’ and ‘darkness’ have connotations of suffering and the loss of humanity.

Cover image: A nice bit of cubist surrealism by Paul Klee. Very shifty and in keeping with the impending darkness that surrounds the image. This work is called Fire at Full Moon and was completed by Klee in 1933. It certainly entices us into the dystopian world under the covers.

I’m so turned on that in no time I’m spurting in Grampa’s underwear.

Then I see his balls dripping with shit.

I shake my head to rid myself of this shit rag, I can’t hear anything anymore, I struggle and wait until someone shoots me in the head.

Overall sexual content: Lots of very interesting sexiness. The chemistry between Grampa and Gilles is really interesting and challenging, particularly given society’s aversion to sexualising older people. This book is exciting in that it opens up a whole host of other types of sexual relationships that do not fit the rules, which go way beyond the simple ins and outs of body bits.

The sex is hot and there’s lots and lots of it. The dystopian feel to the book with its ultra-violence and its strange drives, gives a desperation to the sex and a kind of horror. Gilles ends up falling in love with the police chief who forced a baton up his arse in the opening pages, but despite the mutual attraction their intimacy is tainted by Gilles’ growing fear that the chief will kill him in the end.

Food for thought: An absolutely fantastic book, which has obviously received a lot of bad press given the challenging subject matter. Some critics/idiots have called it deeply offensive, which I can’t get my head around at all. It seems people really don’t like thinking about 90-year olds having any sort of feelings left. Given that Gramps is well up for it (although we’re never really sure what it is) then it’s hardly an abusive situation. And the whole point anyway is that neither of them actually want to have sex with each other, but there is this powerful desire between them that drives them both to want to lay in bed together naked talking in a dialect (Occitan) that only they share.

The murder never gets solved and we never find out what the police chief is really playing at – whether his relationship with Gilles is some strange trap or whether he genuinely loves him. The characters are all exploding and bloated with unsaid and unanswered questions much like life. Thrashing around with shackles biting into our ankles.