Violet Malice has been lounging full bollock in the sunshine, during the hottest parts of the day, cracking one off every hour or so: it’s the ruddy bloody holidays, yeah! This week she has been cherry picking a short story or two, lapping up all that delicious mind tapas. Committed to finding a bedtime read that gets those glands producing in excess of the average 1500ml of saliva per day, metaphorical legs wrapped right round your mandibular ramus. Violet’s weekly adult book review attempts to answer that chocolate flavoured question: can a good book ever be as Herman Count Van Rompuy as a good fuck? 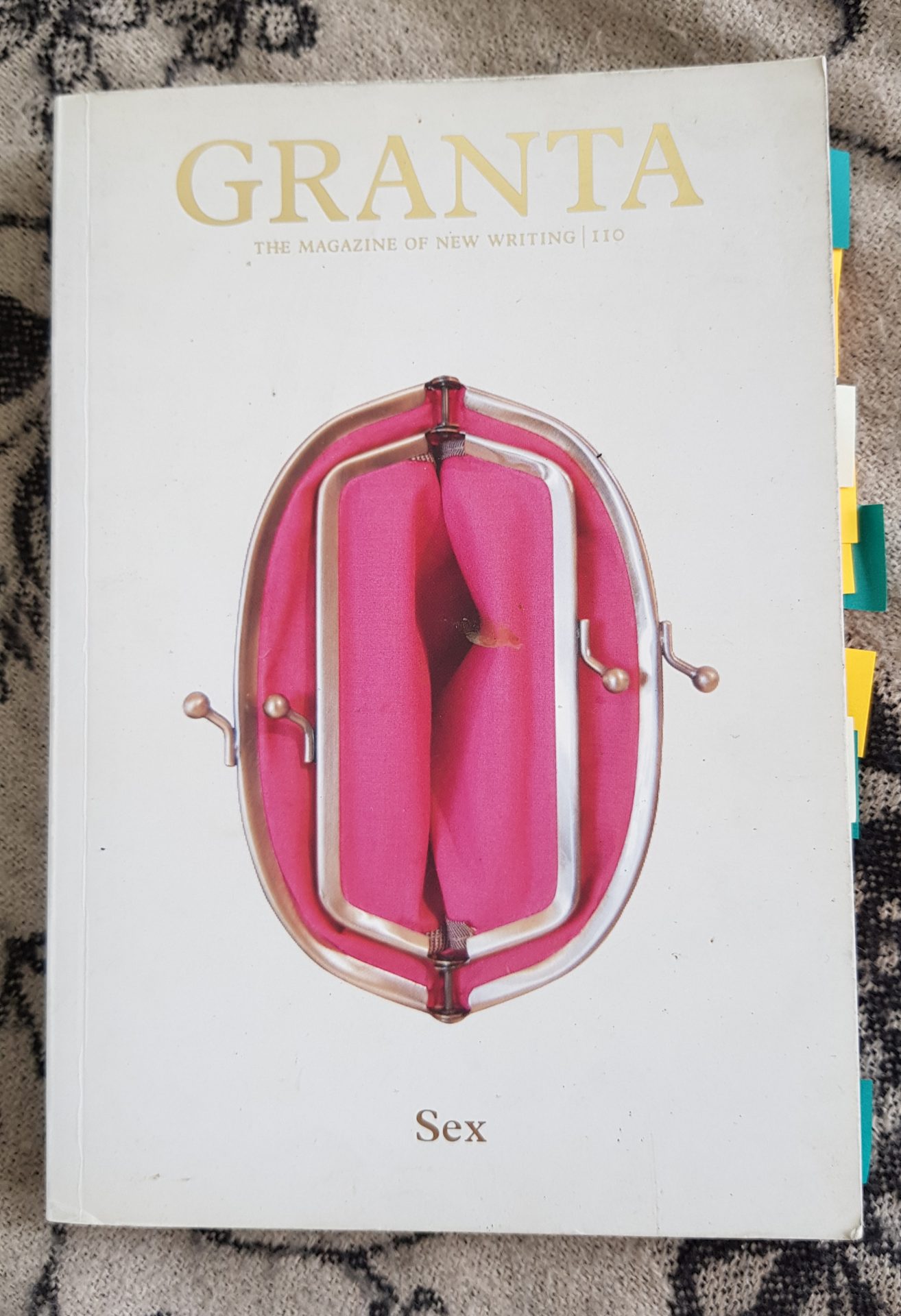 Quick synopsis: Some sort of raging sex pervert has published a short story in a French newspaper and tells his girlfriend to buy a copy and read it on the train going from Paris to La Rochelle. The story – which is also being read by other people on the train – instructs her to reach orgasm between Niort and Surgères because presumably she’s bored of Slaughterhouse-Five. I know the feeling. Dishonourable discharge in a moving toilet.

I would also like to take issue with the making oneself stupid train of thought – I think our little friends serotonin, dopamine and oxytocin have tampered with the ball. You can’t make it taste that good if you don’t want us to eat it. And I certainly don’t come out of the other end stupid. The exact opposite. I find myself much better at exponentiation and domestic science (although I’m out of practice).

So, this short story piqued my interest. Mainly, because it’s very rare to find any sort of narrative written in the second person (you did this and you did that, you mother)! Sometimes (let me be clear, only in very limited sexual scenarios) we all like being told what to do. Obviously, I had to tie up the feminist in me beforehand and lock her in the room with the yellow wallpaper with some hard-backed political tomb to upset herself with. It’s a thrilling concept, to open up the daily newspaper and become part of somebody’s elaborate fantasy. Just like phone sex – there’s something desperately dirty about touching someone without touching them. A meeting in the dark recesses of the mind.

Overall sexual content: It is massively titillating. In some ways, probably one of the most genuinely erotic pieces of writing I’ve ever read. The voyeurism element is nicely done but a bit annoying. The narrator refers to the fact that he wants to make the object of the story wet (his girlfriend), but also that the other women reading the newspaper at the same time should also be getting off. I suppose it’s a nice idea – some sort of train based wank party – but in reality my taste would be more along the lines of nobody else being in on the fantasy. But that’s probably because, contrary to popular belief, I am massively frigid and my internal organs contract even when just furtively beginning to think about logistics.

Eventually he tells her and everyone else reading Le Monde to go to the bar car and buy a drink (either coffee or mineral water) and look around. This is supposed to be crackingly good bonk material, because obviously loads of people will be looking at each other wondering who SHE actually is, imagining the scores of knickers doing the breaststroke and all those hard-ons knock knock knocking against nylon.

He climaxes with her almost crying out in ecstasy – desperate to shout YES, but afraid that the other people waiting for a shit and/or wank might hear. This is the most ridiculous thing I’ve ever heard. I can barely type: disappointment. This is definitely not sexual fantasy material. I’m just spit balling here, but if this was my fantasy I would at least have her flooding the cubicle and then being plunged by the guard before you can say “look before you alight”.

Titillation station: It did buckle my tracks for a bit. Mainly the first few station stops. Gets really boring towards the end, basically because the train slows down rather than speeds up. So I just got up and cleaned my oven, which I had been meaning to do for ages.